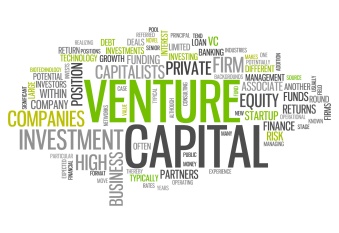 I recently read an interesting article that made the case for treating autism research like a venture capitalist endeavor. Although I’m familiar with the concept of venture capitalism, I went in search of its definition. Venture capital is a form of financing that is provided by larger firms to small, emerging firms that are deemed to have high growth potential.

This article argues that because autism research is funded by only three organizations, research is currently focused primarily on autism as a genetic disorder of brain wiring. While this is certainly a worth endeavor, more investors with varying interests could lead to more diversified research topics. I certainly believe a case could be made, since we have seen the rate of autism rise exponentially from 1 in 150 to 1 in 42 children in less than two decades.

This makes a lot of sense to me… I wonder why we aren’t doing this. Would we see a breakthrough in autism research if the opportunity to conduct research was made available to more scientists? Imagine the impact if a new treatment were discovered that would enable the individual to require less support and gain more independence. This would have a trickle-down effect on the families from an emotional and financial standpoint, as well as the nation, which currently spends between 300-500 million dollars annually for autism services.

I am all too familiar with the challenges of applying for a research grant and the many, many steps of review that are required before a grant is approved. We applied for an NIH grant to provide a training program for educators and paraprofessionals on best practices in teaching children with autism in the early 2000s, and months went by before we heard that we were approved – for the first stage. There was still an additional supplementary application required. I can only imagine the process to begin a scientific research study!

Certainly, the rigid procedure is well-intentioned but perhaps if we considered streamlining this process we would see a surge in new interest and activity… and who knows where that may take us?