Epilepsy is the 4th most common neurological disease after migraine, stroke, and Alzheimer’s disease, affecting about 2 million people in the United States. Characterized by recurrent and unprovoked seizures, epilepsy remains misunderstood and discriminated against by the general public, and underfunded in research initiatives.

It is estimated that as many as 1 in 3 individuals with autism spectrum disorder also have epilepsy. Experts propose that some of the brain abnormalities that are associated with autism may contribute to seizures. These abnormalities can cause changes in brain activity by disrupting neurons in the brain. 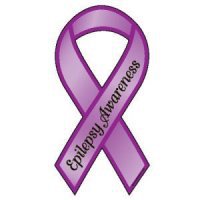 Although epilepsy can occur at any age, the condition is more likely to begin among children less than 2 years of age and adults older than 65 years. As do many who live with other chronic disorders, those with epilepsy often face challenges related to managing epilepsy treatment, symptoms, disability, lifestyle limitations, emotional stress, and stigma.

There are numerous support and research groups on epilepsy. One of the most prominent is the CDC’s Managing Epilepsy Well (MEW) Network. MEW Network members, including representatives from U.S. universities, community-based organizations, and CDC are working together to develop and test self-management programs and tools that help people with epilepsy better manage their disorder and improve their quality of life.

Each community chooses to recognize Epilepsy Awareness Month differently. In Erie, we have Paint Erie Purple, #AJO project, and Noble Night, a fundraiser by our local non-profit The Epilepsy Project.

For more information on how you can get involved, visit these sites: