The 1 Action You Must Take! 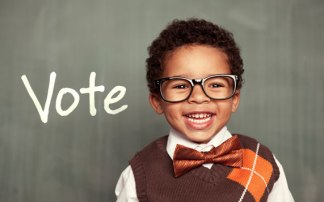 Voting is the one action essential to your future and the future of your child and all children, especially those children and adults with disabilities.

Ryan and I were at the polls this morning ready to cast our vote. We arrived early to beat the lines. To my dismay, we were the only ones there other than the officials. I was happy to not wait in line, but honestly, I was shocked. “Where is everyone?” I wondered.  This may not be an election with many “hot” issues; however, every voting day is important. I believe it’s the most important day as a citizen.

Driving home, I reflected on how many changes have occurred over the years because citizens voted and elected representatives and officials who believe that individuals with disabilities were persons first and entitled to the full benefits of citizenship.

It was 1952 and children with special needs were not permitted to attend school. A future for them meant institutionalization. However, parents spoke up, met with legislators and the legislature passed The Mental Health/Mental Retardation Act of 1966, the first funding for children and adults with disabilities.

Would any of this occurred if we did not have parents and supporters talking to legislators appealing for changes in the laws negatively affecting children and adults with disabilities?

President Harry S. Truman said “It’s not the hand that signs the laws that holds the destiny of America. It’s the hand that casts the ballot.” I urge all of you to vote! Encourage your friends and colleagues to get to the polls. Your vote makes a difference.

1 Response to The 1 Action You Must Take!