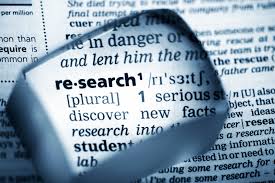 Scientists and researchers are constantly uncovering more information related to autism, offering insights into the origins, possible causes and even at times potential cures. I come across dozens of articles on a weekly basis, some of which seem more important than others. I thought I would share on a monthly basis stories that caught my eye.

Among 6091 participants in this longitudinal study, children with autism and autistic traits had higher depressive symptom scores than the general population at age 10 years, remaining elevated in an upward trajectory until age 18 years. Social communication impairment was associated with depression at 18 years and was substantially mediated by bullying. This is very interesting as we acknowledge National Bullying Day.

Pupillary reflex in infancy may yield clues to autism

The pupils of babies later diagnosed with autism shrink more in response to light than those of their typical peers, according to a new study. The findings may help researchers identify biological pathways involved in autism.

Children born to women who had diabetes or high blood pressure while pregnant are at an increased risk of autism, two new studies suggest. Autism has previously been linked to type 2 diabetes and to gestational diabetes — a temporary condition in which a woman develops diabetes during the course of her pregnancy. One of the new studies confirms these risks and extends the link to type 1, or juvenile, diabetes, the most severe form of the condition. Children born to women with this form have about twice the risk of autism as those born to women who do not have any form of diabetes. The findings appeared 3 July in JAMA.