My niece, Emily Pinto Taylor, is as she describes herself: a full-time chocolate chip cookie baker and half-marathon runner and a 4th year medical student at Loyola University Chicago, Stritch School of Medicine. She is a graduate of Collegiate Academy, Emory University and plans a career working in Med-Peds palliative care. Emily spent the month of July 2014 working in a rural hospital and clinic in the middle of the Amazon rainforest in northwestern Peru. To read more about her experiences, visit an earlier blog post here. She is one of Ryan’s most enthusiastic supporters. They email each other daily…I don’t know how Emily finds the time, but she does! 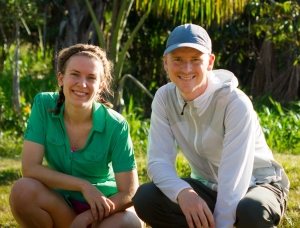 Emily and husband Josh, in Peru.

Anyone raising a child with an autism spectrum disorder will tell you that life can be pretty stressful at times. Growing up with a cousin on the spectrum, as well as surrounded by friends and their families with siblings with intellectual disabilities and autism, I was well-aware of the varied struggles that these families endured during their daily lives.

When I entered medical school in Chicago, I began to see these struggles even more clearly when talking with patients and their families who lived in the communities around Loyola, which are statistically under-resourced. Maywood, IL, for example, contains the Loyola University Medical Center, and also has significant socio-economic risk factors: 70% of families are headed by single mothers; 21% of families receive food stamps; 25% of the residents never obtained a high school diploma or GED (twice the number of US citizens without a high school diploma), according to the US Census in 2000. In this community, which is also notable for being a “food desert” with poor access to healthy foods/grocery stores, and for having higher-than-national rates of obesity, cardiovascular disease, and diabetes, parents of children with ASDs have significant added stressors compounding those faced by all parents of these special-needs children: greater rates of depression, anxiety, and parenting stress.

We knew we wanted to help these families and give them skills to add to their own parenting toolbox, but we weren’t sure where to start.

In recent years research has shown that practicing Mindfulness-Based Stress Reduction techniques among parents of children with autism spectrum disorders leads to fewer unwanted behaviors in those children. Mindfulness-Based Stress Reduction was developed by Jon Kabat-Zinn, a clinical psychologist, and has been defined as “a group program that focuses upon the progressive acquisition of mindful awareness.” It’s basically a practice of meditating, body-scanning (where you think about how you feel sitting in this chair, or how the ground is supporting your feet), and simple yoga postures (like sitting fully upright).

Through the creation of a Mindful Parenting program, we have been studying how basic concepts of Mindfulness (like doing tasks effectively, one-mindfully, and nonjudgmentally) can be incorporated into parenting techniques for families with children with autism spectrum disorders. Our class teaches these skills with an emphasis on class discussion, equipping parents with skills for emotional control, nonjudgmental interactions, and positive self-awareness.

What does this mean? It means that once a week for 8 weeks, we practiced some meditation (or prayer, for many of the participants). We texted them reminders of 30 second meditations to take a break from a part of their day, check in with their breathing, be thankful for their health and for their bodies, for the lungs breathing for them and the oxygen in the air. We spent the weekly classes focusing on how to observe our surroundings, to describe the world without judgment (“my child is hearing loud noises”, not “my child is misbehaving.”). We talked about doing one task at a time, which I know many parents have a hard time with! And, most importantly, we provided a support-group environment for parents to check-in with each other, support each other in trying to use their MBSR skills, and learn from each other’s mistakes.

The most interesting part of this study has been the ability to unite the instruction of MBSR skills and the daily realization of them in participants’ lives with weekly class discussion, where community members facilitate conversations and hold each other accountable to utilization of these skills. At the end of the 8-week course, we found that, through survey assessments, parents did not report significant decreases in depression, but anxiety was noted to be decreased at a level that trended toward significance, as well as parenting stress. Interestingly, we found that parents noticed more negative behaviors in their children, which we hypothesize is due to their instruction in observing the world around them mindfully and non-judgmentally, but these negative behaviors did not correlate with them becoming more stressed or anxious (as these scores decreased).

When we repeat our curriculum this academic year with a new cohort of parents, we hope to follow them for longer after completion of the course, with an aim of attempting to trend the positive and negative behaviors in their children – do their kids continue to “do more negative/unwanted things” after the course, or are they just noticing what the kids were doing before? Does this taper off after a few months after completing the mindfulness course? Do parents continue to be less stressed/anxious? Does their likelihood of depression start to go down? These are all questions we’d like to answer.

Right now, our group at Loyola is in the process of writing up our results for publication, and are hoping to also publish our curriculum on an open-access website interface, to allow other groups to facilitate repeating this class with our powerpoints and suggested materials. If you’re interested in more information about a similar study, a landmark study was published recently in the Journal of Pediatrics showing similar results:

If you’d like to try a simple MBSR meditation in your own life, YouTube has lots of good ones. Here’s one we recommend. Enjoy! 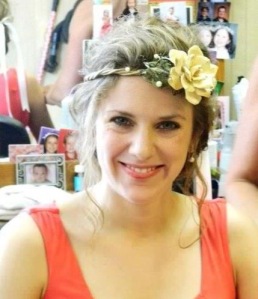 This entry was posted in Uncategorized and tagged asd, autism, mindfulness, therapy. Bookmark the permalink.