Let the festivities begin! Yesterday, we celebrated Founder’s Day, held each year on the birthday of Dr. Gertrude Barber. When this day comes around, I always like to look back and reflect on her accomplishments, which in turn allowed us to become the Barber National Institute.

The year was 1952, and Gertrude Barber was a psychologist with the Erie School District. It was her responsibility to tell parents of children with disabilities that they could not attend school. At the time, the two options were to remain at home or go to an institution, typically far away from their families. She, along with many parents, wanted something better for their children. Thus began the search for donated space and volunteer teachers to create the first classroom. 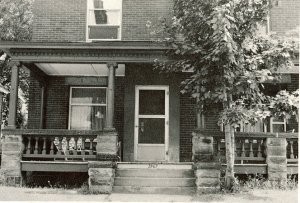 There was no funding in the early years. The program was supported by ice cream socials, card parties, and raffles. Dr. Barber used to say that all of their money could fit a cigar box – and it did!

It wasn’t until the mid-60s that state funding finally became available through the MH/MR Procedures Act, as well as the Department of Education. Fortunately, our programs were already in place and could be immediately funded. We were many years ahead of others in the field.

The 70s was a decade of huge growth for us. We were now an Approved Private School, serving children whose school districts could not offer an adequate education. 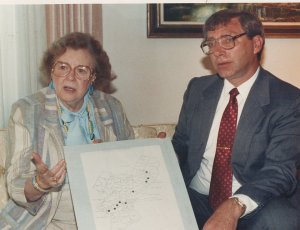 Additionally, we established several community group homes and satellite programs in Girard and Corry. We had a groundbreaking ceremony for our new therapeutic swimming pool and our physical and occupational therapy facilities.

In the 80s, we established an adult rehab, employment, and training center, added more classrooms to our school, and initiated an Inclusive Day Care program and a Child Development Center. At times, it seemed as if our facilities could not grow fast enough to meet the needs of community. By the time the 90s rolled around, we were ready to expand across the state and opened residential services for adults in Philadelphia. Not too long after, we opened the same services in Pittsburgh.

Project 2000, Dr. Barber’s ultimate quest, was our first major capital campaign since 1966. Our goal was that this funding could provide a new school and training center. $7 million later… Dr. Barber announced the Project’s success and broke ground! A few weeks later, Dr. Barber passed away as she traveled to Florida for her first vacation in many years. Most of you know the rest of the story, but I wanted to share the stories of our history, so you can celebrate Founder’s Day along with us!